Throndilor Obliterator, of the Alley

Throndilor, a dwarfen fighter that was sold into servitude to a street gang when he was little, now has become a gang leader himself. Always looking out for his own benefit. 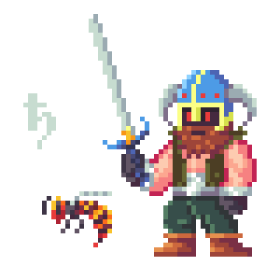 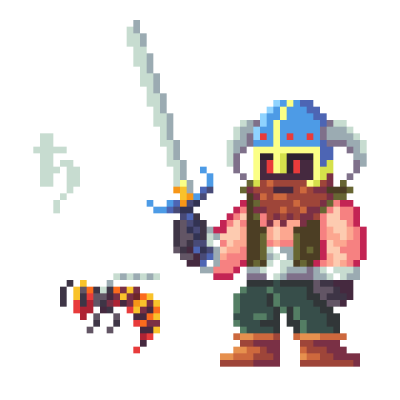 …only a week ago, but my life has been quite different than that of the famous halfling from the shire,’ Throndilor reminisced grimly in a nostalgic moment as he sat in front of the blazing fireplace in the big hall of his dwelling. Nearby a loud buzzing could be heard. It came from outside and it seemed to draw closer. On a plate on the table to the dwarf’s left were some legumes, nuts and other vegetables leftover from his dinner. The wall to the right of him sported some melee weaponry used long ago. A battle axe, a couple of daggers, a javelin and his beloved long sword “Silvandril” that he still used once in a while when he really wanted to scare someone – or cut him to pieces. The wooden oak tiled floor was a dark brown maroon.

A scar adorned the right side of Throndilor’s face and for the rest – well, it was not pretty either. He was not bad looking, but he was no Prince Charming. The broken nose did not help in the looks department, either. But anyways, with so many Prince Charmings running around these days looking like a bit of an extraordinaire could not hurt.

It was a century ago when the big war of the Yellow Mountains went into its 6th year that Throndilor’s parents had been killed before his very eyes during the Battle of the Brimstone Valley. It was not even a proper and fair fight; it was cowardly and insidious. They were betrayed by friends. Throndilor does not remember much from that time long ago. The war had since ended and the wizards had won. The Yellow Mountains were now called “The Battle Mage Mountains” and all the dwarves that had lived there for centuries before had either been killed or driven away. And some of them, the younger ones that were not able to run away fast enough, such as Throndilor himself, were caught by a battle mage called Bullock and sold into servitude, as was the custom in those days. He was sold to a bad tempered hooligan in the city of the Blue Wizard Bastion that called himself a guild leader.

Throndilor looked out of the window at the approaching animal that was heading for the tower and took a long gulp from his dwarf light draft beer mug. Disgusting. The beer used to be better too. But now was not the time for some fire whiskey.

Most of his life he had been on the run. First from bad wizards in the mountains and then from the corrupt orderlies in the city. Growing up in the darkest alleys of a large and multicultural city, running shady errands from an early age for his master and leader of the thieves’ “Guild of the Slippery Dagger” will not make a saint out of a person. Especially when all you are surrounded by is greed, betrayal and crime – week in week out. The years had made Throndilor strong and enduring, but wary and suspicious. They also taught him one very important thing: always look out for yourself and never rely on anyone.

Too often had trust in the people around him landed Throndilor in trouble and misery. He had been killed twice in robberies he had been forced to participate in due to acts of treason by his so-called friends and he had been subsequently raised from the dead by powerful healers under excruciating pain. On one occasion during the revival he distinctly remembered hearing a bell ring and vaguely seeing a figure with a hood and a cloak.

He never found out who his parents had been and now, all these years later , he probably never would. Since his childhood he had a strange tattoo of the rune of Saturn on his left shoulder which was about the only hint of his heritage. ‘But who cares,’ he often thought, bitterly. In his view his parents had left him to a life of misery. Had they been more suspicious and vigilant – he would not have lived this life of sorrow. Damn them.

100 years is a long time during which skills advance and experiences make a dwarf stronger. And Throndilor had become a very strong one. So strong even, that after 20 years in servitude to his guild master, Charles the Slitter – to whom he had been sold – he slit Charles’s throat open from right to left and dismantled the guild in the following months. So rotten from the inside, the guild was, that it made no sense to take over and continue. Throndilor left the city and squandered many years in the service of various warlords or scoundrels as a sword-swinging mercenary.

Upon his 80th birthday, after years of battles and raids, Throndilor returned to the Blue Wizard Bastion with his friend and companion Raptinora to found the Guild of “The Saphire Saturn Syndicate”. And here we are now. One week after his 111th birthday, with his companion just arriving home and landing on the towering building, buzzing and clicking its mandibles.
Throndilor had saved Raptinora, a giant hornet, many years ago during a raid in the forest surrounding the Dream Master Lake while she was being attacked by a swarm of wasps. Herself being of gigantic proportions with a body length of almost 5 feet (1,5m) and a wingspan of 10 feet (3m), she was a menacing sight to others, but to Throndilor she was the only being he would always trust and they understood each other well, even though she could not speak like some wizards’ weird familiars.

In general Throndilor was very skeptical towards wizards and magic and did not like the unnatural and sneaky behavior of that kind.  They had killed his parents after all. But he accepted that sometimes there were benefits to using people with those skillsets.

He turned away from the window where Raptinora had just approached, went over to the table with his unfinished food, took another sip of beer, and looked at his watch that showed just past 8pm. He used it to turn on the large flat screen TV that hung behind him on the eastern wall.

The news. News of more war and disaster, tragedy, crime, disease and distress. What an ugly world it all had become in the last 100 years. Brilliant technical advantages caused more harm than good and exploited the trusting people of the Runiverse. But to Throndilor all the bad news was good news, as it would certainly create some advantage or opportunity for him and his guild. The trust of others led to gains in his own pockets.

Throndilor turned the TV off,  grabbed the keys to his bike, put on his patched leather jacket and his blue Dwarfen horned helmet and stepped into the private elevator of his city apartment on the 45th floor.